Our work from home...

We would love to see some of the amazing work that you are completing whilst at home! If you would like to send in some projects or work that you have completed, please email your teacher via the school office!

A lovely piece of writing by O.H.

The first paragraph of the 'Continuous Story' has now been completed by Holly. Second paragraph by Charlotte. Polly is so enthusiastic that she has jumped in and written the third paragraph. Thank you so much.

Suddenly there was loud crash as the hedgehog hit the bin .The bin fell and narrowly missed him, he automatically curled up in his protective ball.  “Prickles! We have a spy case on our hands, we can’t have you rolling into bins!” shouted Agent Shortsight. Giggling loudly and uncurling himself, Prickles said, “You are only jealous because you are a mole and you can’t do it!” Ricardo Prickles was the best spy the world has ever known .He always wore a black suit with a white shirt and a black leather bow tie. He was a very smart spy.

Meanwhile, shouting from over the hill was Edwardo the hedgehog, who always got himself into a pickle! But this time he had got himself in much more than a pickle, he got himself into a matter of life or death!  Suddenly a huge boulder was rolling down the hill towards him …. He ran as fast as he could,  rolled himself into a ball and went straight into a ditch which got him out of the way! “Just in time” he cried! The question, he wondered, was where did that boulder come from and who pushed it towards me? Edwardo is Ricardo Prickles twin brother – he is always getting himself into trouble, unlike Ricardo.

Quick as a flash, Ricardo curled up in a ball and went tumbling down into the ditch to check his brother was alright . He landed in the muddy ditch and stood up. Right in front of him stood Edwardo  “ great you're alright we will have to go home to wash my outfit it’s all muddy thanks to you!” exclaimed Ricardo “I’m awfully sorry your royal highness “ mocked Edwardo ,together they helped each other up and waded through the mud towards agent short sight .  Then all of them trudged back to the secret hideout which was in fact an old broken down lorry that had been left there a couple of years ago . Once they were inside the lorry, clean and dry Ricardo pulled out a black board and muttered under his breath “lets figure out who dropped that boulder once and for all…

Hastily, Ricardo scribbled some words down on the black board; he turned to face the others. Edwardo caught a glimpse of what his brother had written. Furrowing his brow in thought, Edwardo wracked his brain for any answers. Ricardo had written four words and they were ‘who dropped the boulder?’

“I think I might know who did it,” remarked Agent Shortsight.

“You mean that you know who dropped the boulder?” asked Edwardo.

“Yes I do,” stated Agent Shortsight. There was only one person that Edwardo could think of, but that criminal had been arrested years ago so surely it couldn’t be him. His thoughts were interrupted by the sound of hushed voices outside. Hurriedly, he glanced over at his brother, but only to find that Ricardo was already heading towards the door, fumbling for the lock before yanking the door open and stepping outside.

“What are you doing here?” exclaimed Ricardo as he looked at the trouble makers who lived at the bottom of the garden near the murky, old pond.

Slither was a slimy, old snake who always got into and Slimer was the grumpy, old, warty toad who always followed Slither’s bad behaviour, even though he didn’t like getting into trouble.

“Don’t be thinking this boulder had anything to do!” exclaimed Slither.

“Yes, we always get the blame and it’s not fair!” cried Slimer.

The slithery, slimy pair seemed quite keen in helping Ricardo, Edwardo and Agent Shortsight find clues to the mystery of who dropped the boulder.

Poems by James and Charlotte 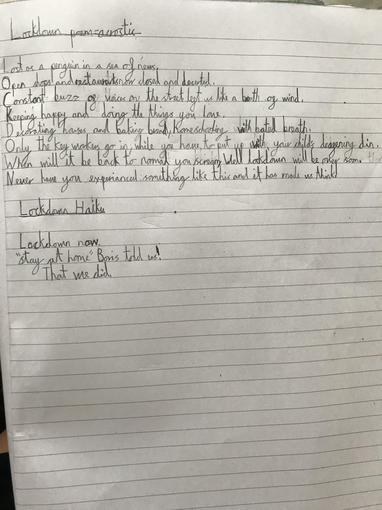 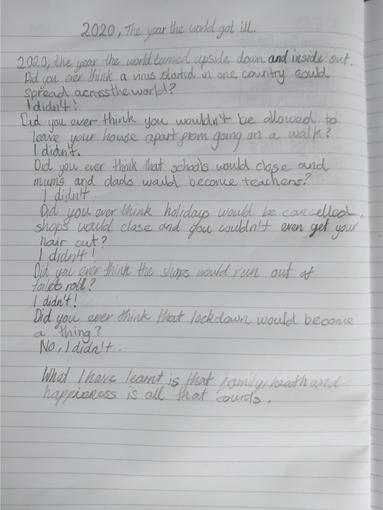 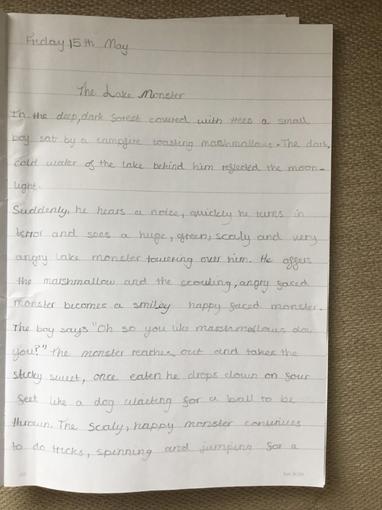 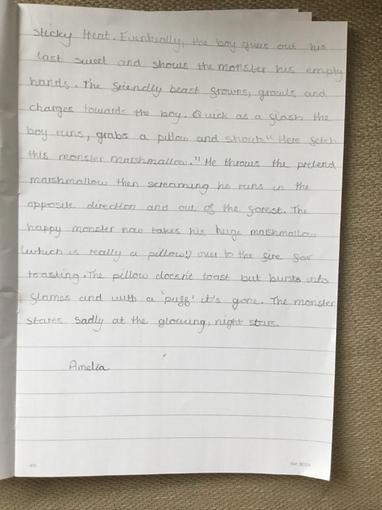 You have worked hard Matthew.

You have worked hard!

A power point created by Maya.

Now what questions can you ask of this data? 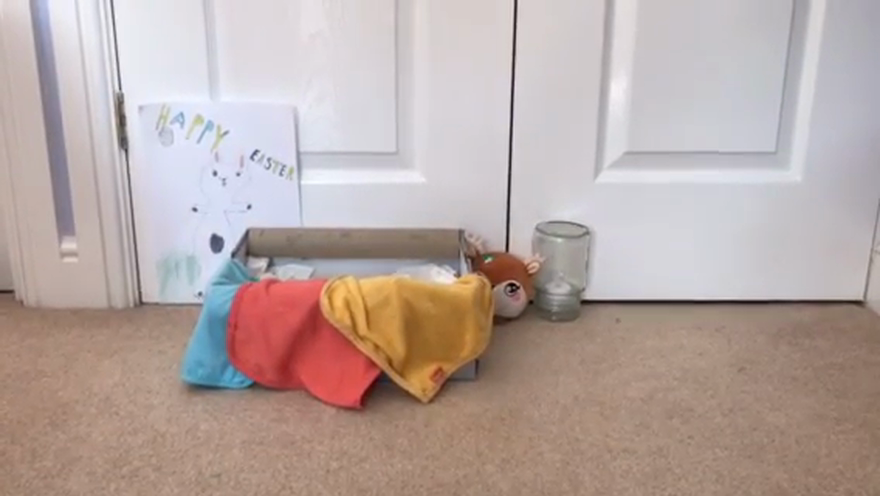 I loved the singing bunny (I want one of these), and really enjoyed watching this Evie. 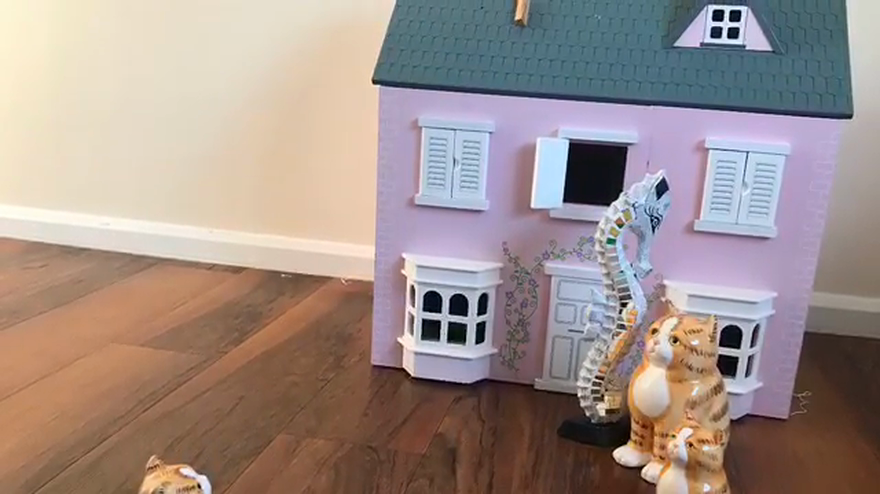 My word you have worked hard Teddy. 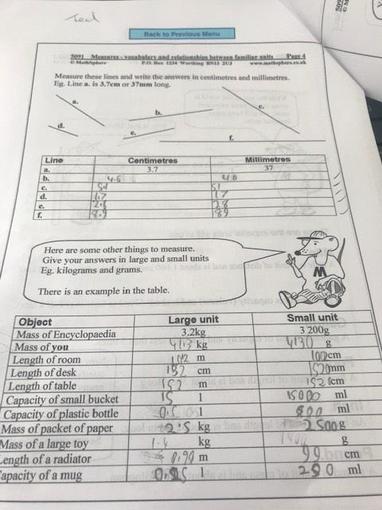 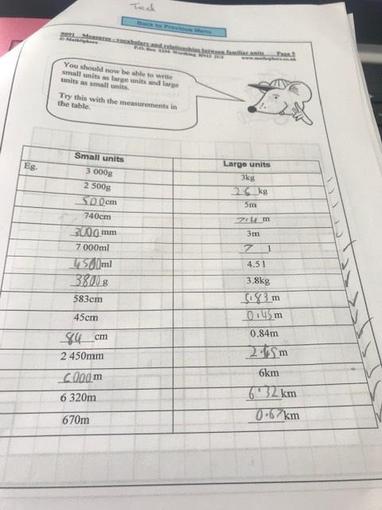 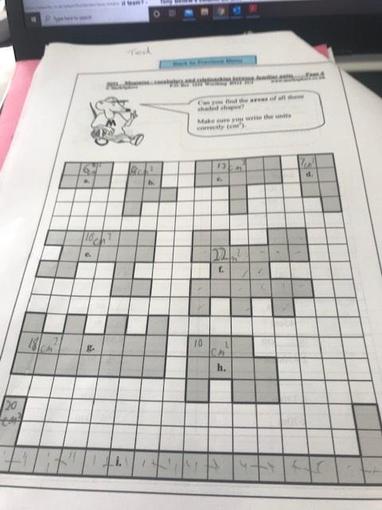 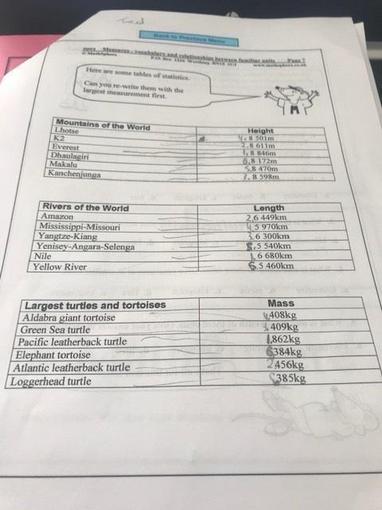 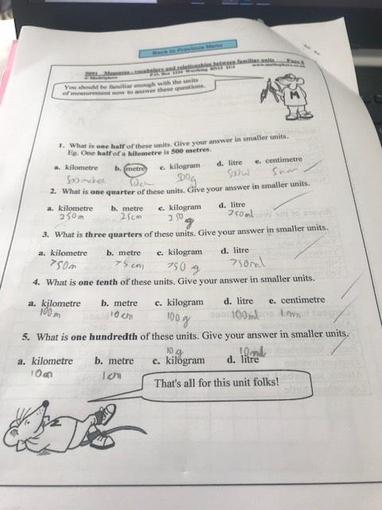 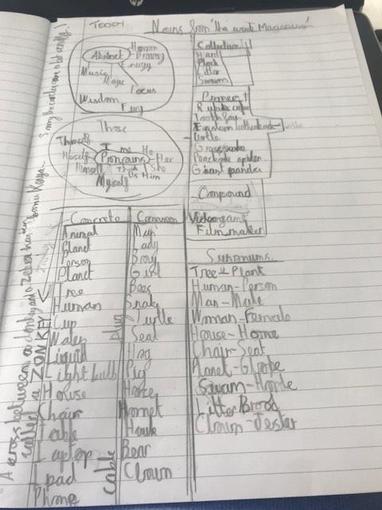 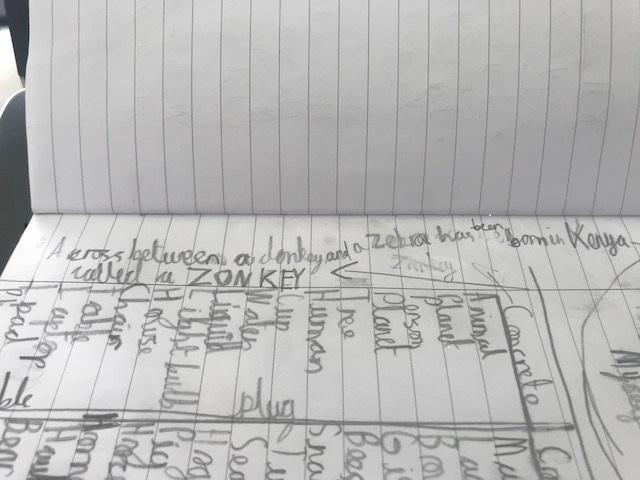 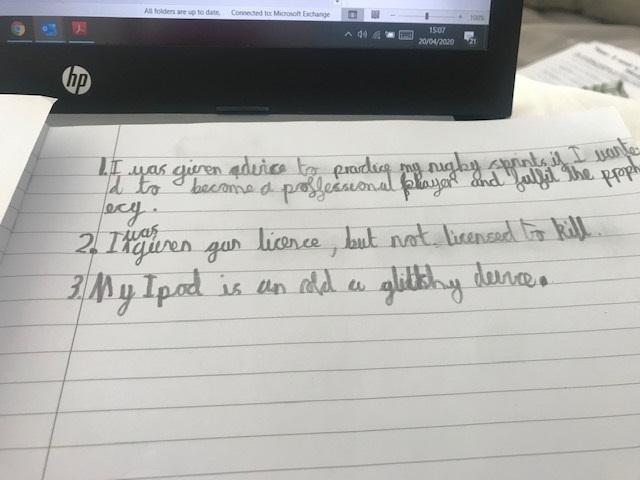 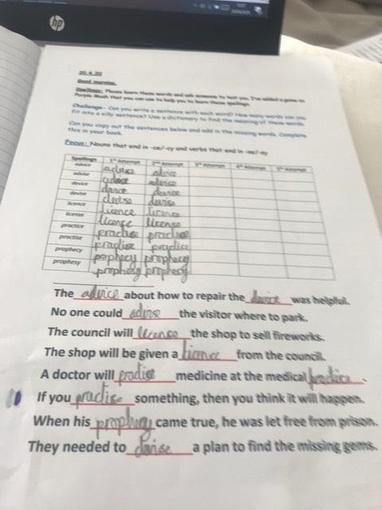 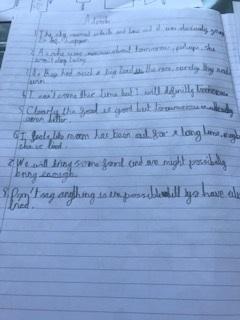 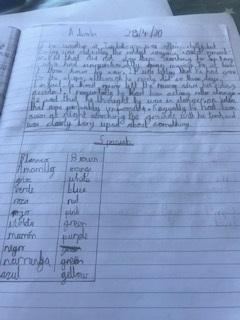 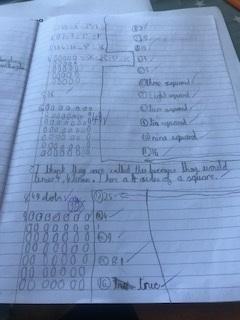 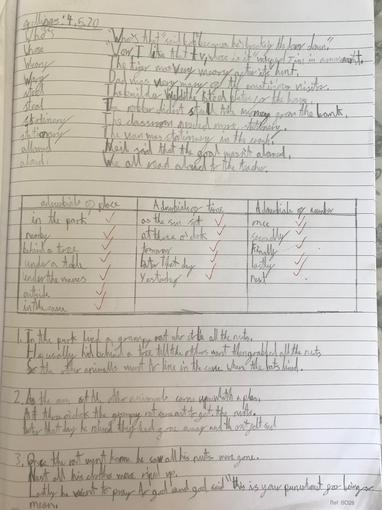 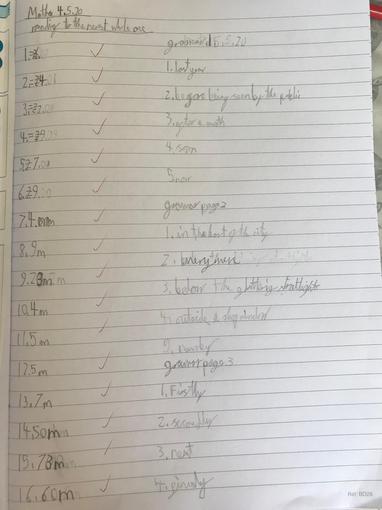 You have been working hard boys.

You have worked very hard on this piece of work Olivia. 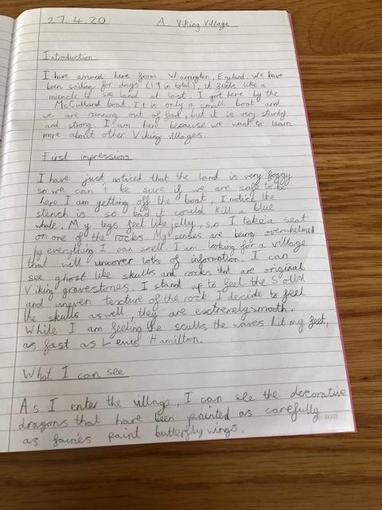 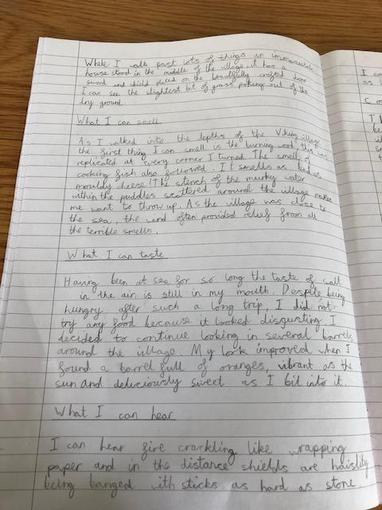 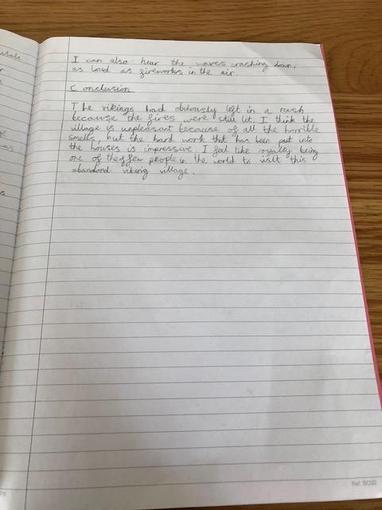 Holly has made a Year 5 Word Search for you to complete.

Thank you for all your amazing reports. I have really enjoyed reading them.

This was a very interesting report Will on Bumble Bees.

Thank you for sending updates and photographs. Keep them coming.

Unfortunately not the ones with chocolate chips.

Some cookies are necessary in order to make this website function correctly. These are set by default and whilst you can block or delete them by changing your browser settings, some functionality such as being able to log in to the website will not work if you do this. The necessary cookies set on this website are as follows:

Cookies that are not necessary to make the website work, but which enable additional functionality, can also be set. By default these cookies are disabled, but you can choose to enable them below: